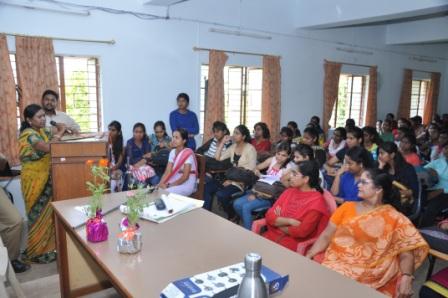 The Student Union Council and NCC Wing of St. Thomas College Bhilai organized a Medical Camp, under the aegis of IQAC of the college. Dr. Shail Khare (Gynecologist) CHMO, Durg, was the chief Guest and Dr. Swati Rao was the special guest. Inaugurating the medical camp Dr. khare spoke about health and healthy food habits, and Dr . Rao spoke about oral hygiene. The camp was held with a motive, to spread awareness among the students to lead safe and Healthy life and to abstain from Tobacco and other narcotic substances. Students were also sensitized about the various diseases arising due to fast food. 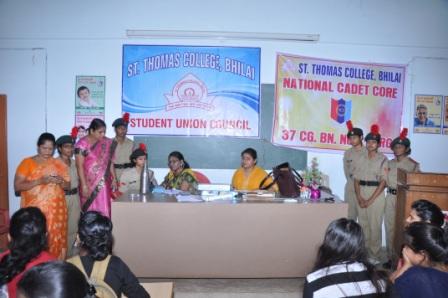 Medical Check up for Girls

Eighty seven students as well as staff members undertook the checkup under the supervision of the doctors. The students were l informed about the various health programs organized by the state government. The doctors further emphasized that, the patients of Hypertension , Diabetes, Heart diseases, and other chronic diseases can directly approach to the District hospital Durg as well as the team members present in the camp. The staff and the students of the college actively participated and coordinated in making the camp a success. Principal of the college Dr. M.G. Roymon appreciated the efforts taken by the Student Union Council and the NCC unit.  Dr. Sapna Sharma ,Professor in charge student union spoke about the anti- Narcotic cell of the College and various activities held by the Cell.. President of the Student Union council Mr. Amanpreet Singh Rekhi and Joint Secretary Mr. Jayan Mishra gave their voluntary support. The NCC Wing actively  participated in the Medical Camp . The overall program was conducted  by Lt. Mrs Surekha Jawade. 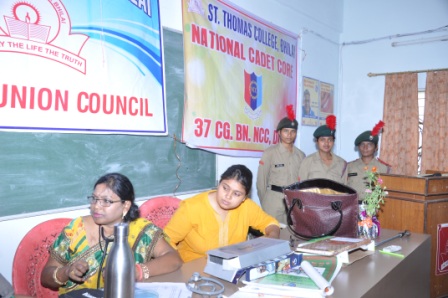